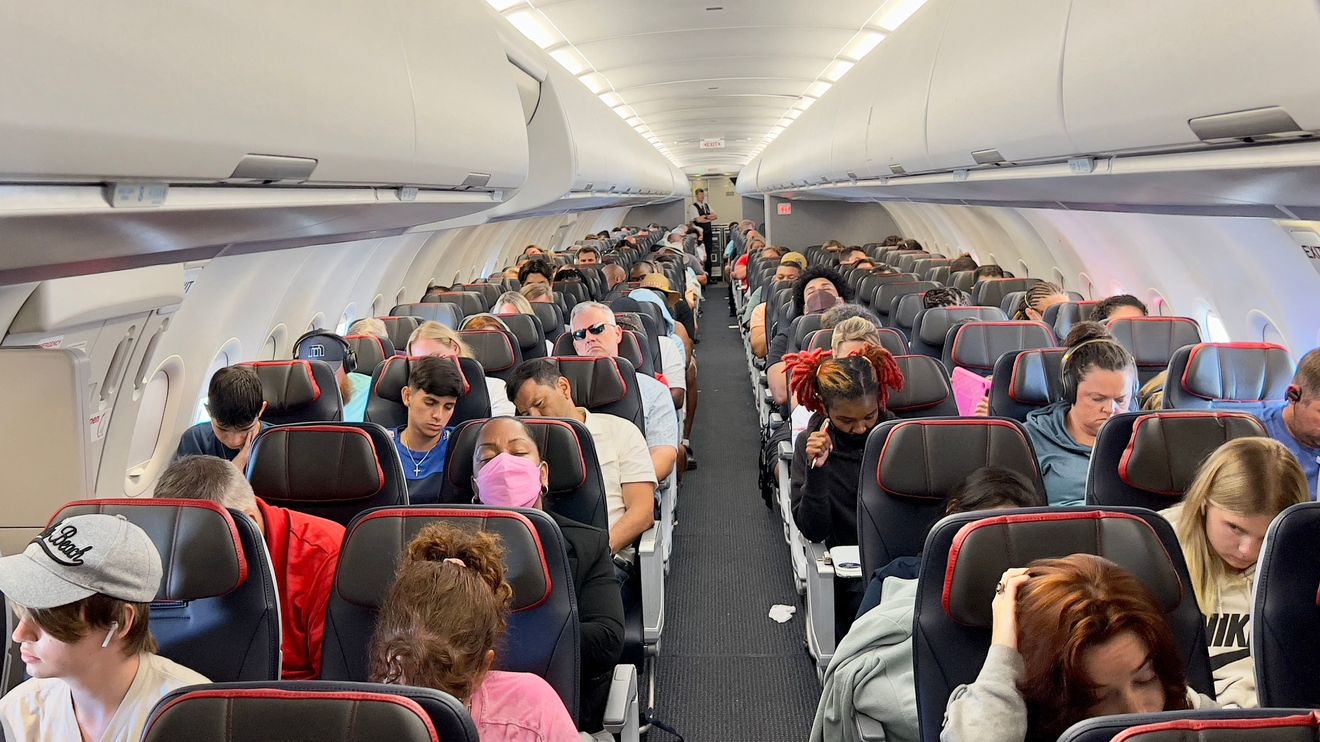 So, you’ve dealt with any flight delays or cancellations and finally made it on the plane that will get you to your destination. What difficulties now await?

A new survey from The Vacationer website finds that Americans are most bothered by passengers who kick the back of their seats or who display drunken and disruptive behavior. The Airplane Etiquette Violations Survey was based on a polling of 1,098 Americans over the age of 18. Respondents were asked to pick from a list of actions that “they found irritating,” according to The Vacationer. (Respondents could select as many actions as they wanted.)

But other actions didn’t prove so objectionable. Passengers who take off their shoes were cited by just 23.59% of respondents as a key irritant, for example. At the very bottom of the list: Passengers who request too much from flight attendants, which was cited by a mere 13.02% of those surveyed.

The survey comes at a time when airlines are struggling to deal with unruly passengers. In 2021, more than 5,000 incidents of air rage were reported, according to Federal Aviation Administration data. U.S. Attorney General Merrick Garland issued a statement last November warning of the consequences of such behavior. “Passengers who assault, intimidate or threaten violence against flight crews and flight attendants do more than harm those employees; they prevent the performance of critical duties that help ensure safe air travel,” he said.

Some particularly bizarre or scary incidents grabbed headlines, such as when a passenger displaying erratic behavior on an American Airlines
AAL,
+3.31%
flight and was subdued by an attendant who administered a blow with a coffee pot.

Of course, there’s a difference between dangerous behavior and merely annoying behavior. And The Vacationer survey found that 11.57% of respondents had no issues with their fellow passengers. “These people must be saints and we need to cherish their patience,” The Vacationer said.