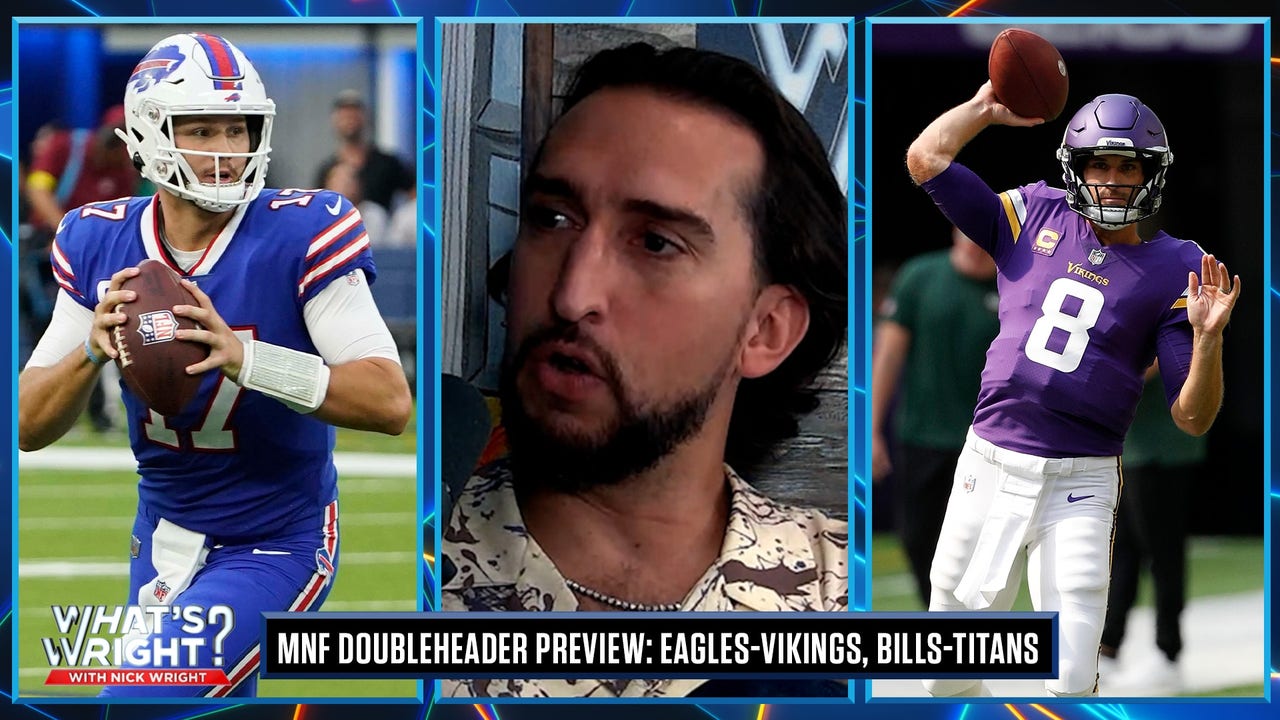 Week 2 of Monday Night Football will feature a doubleheader between the Minnesota Vikings and Philadelphia Eagles, along with the Buffalo Bills squaring off against the Tennessee Titans. Despite Kirk Cousins’ poor primetime record, can he lead the Vikings to victory against a high-scoring Jalen Hurts offense? Watch as Nick Wright explains why he is sticking with the Vikings and Bills as MNF winners, then breaks down what a Buffalo loss would mean for the AFC race.