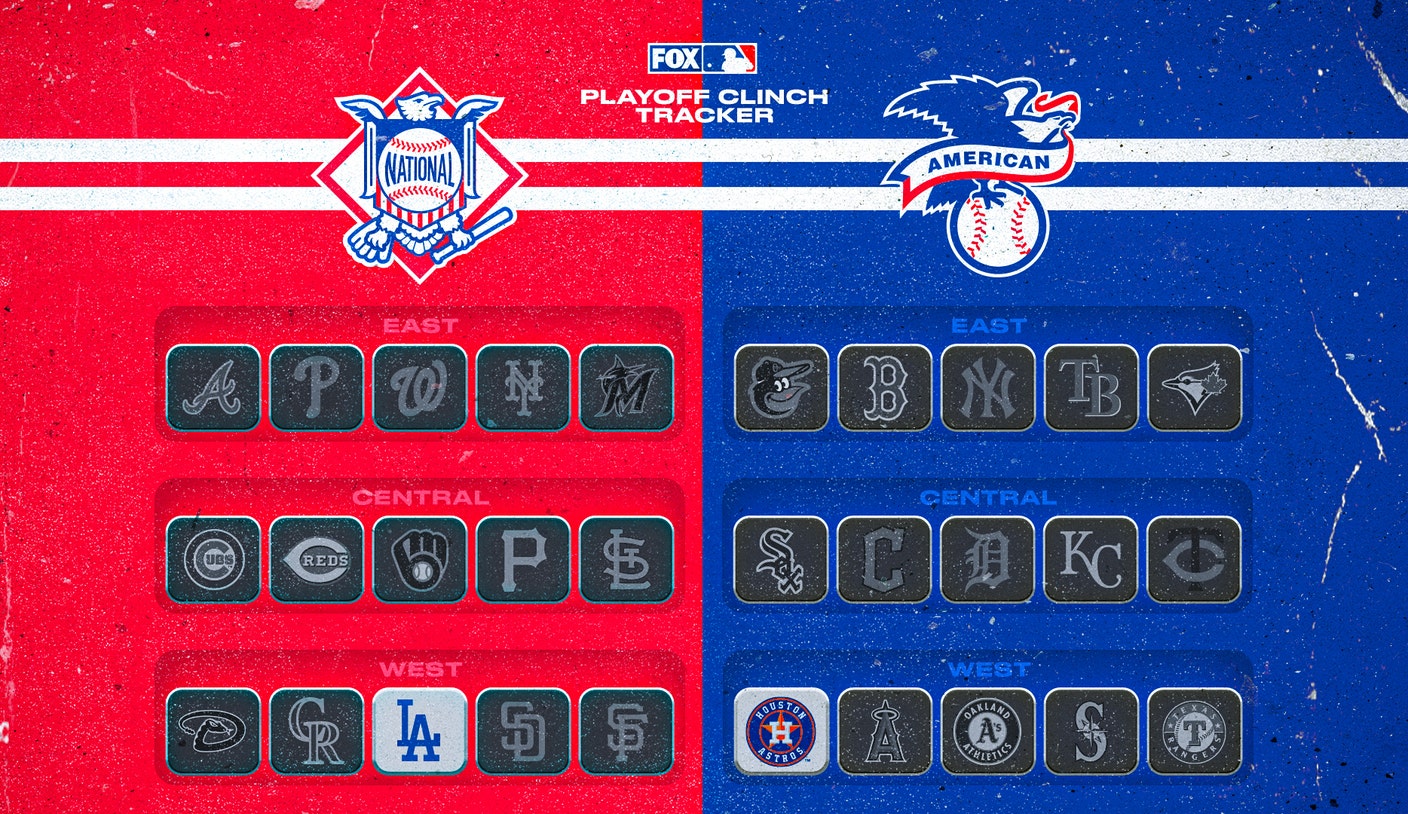 The hunt to play baseball in October is heating up.

There are a handful of MLB division races that could come down to the wire, and each wild-card spot is still up for grabs.

Here’s where the playoff race stands in both leagues through Monday morning.

The Los Angeles Dodgers (101-44) own the best record in the sport and clinched the division title last Tuesday. The San Diego Padres (81-66) are the final wild-card seed.

The New York Mets (93-55) and Atlanta Braves (91-55) are in a slugfest for the NL East, with New York a game ahead of Atlanta. The Mets can clinch a playoff berth — but not the division — with a win Monday. Meanwhile, the Philadelphia Phillies (80-66) are the No. 3 NL wild card.

The St. Louis Cardinals (87-61) have been one of the hottest teams since the All-Star break and subsequently powered themselves to the top of the NL Central. On the other hand, the Milwaukee Brewers (78-68) are eight games out of first in the division and three games out of the wild card.

In a division that has changed all summer, the Cleveland Guardians (80-67) are four games ahead of the Chicago White Sox (76-71). The Minnesota Twins (73-74), who were atop the division throughout the first half, are now seven games out of first.

Get more from Major League Baseball Follow your favorites to get information about games, news and more.