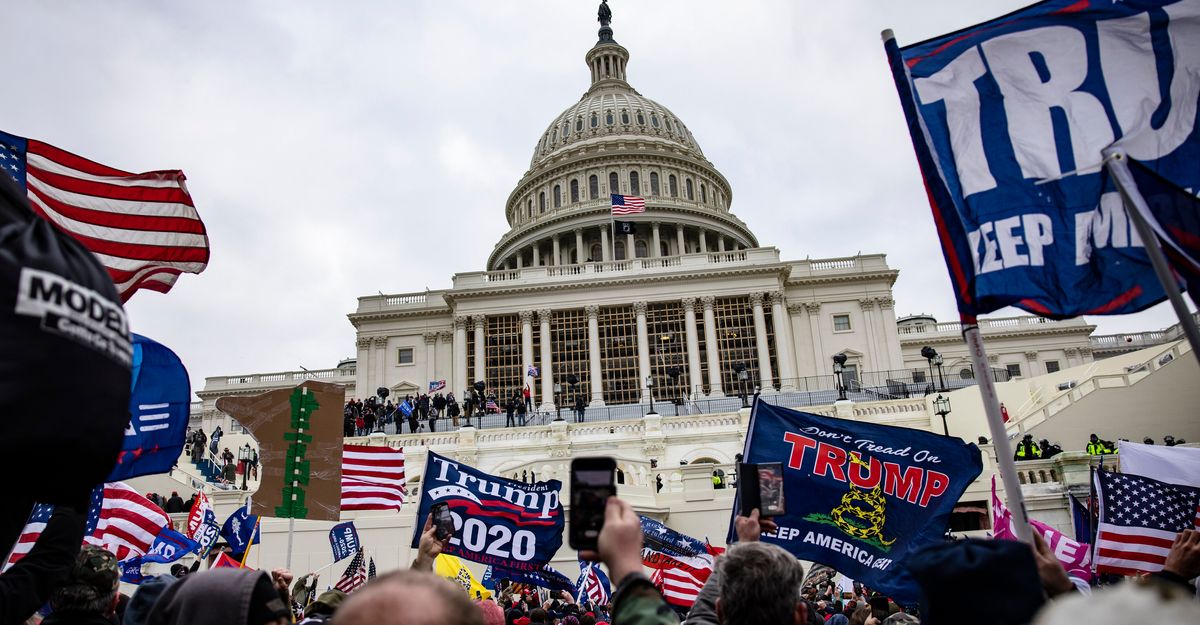 The leader of the extremist American Firearms Association said Monday that FBI agents recently showed up at his former house, called his wife and questioned his neighbors as part of a criminal probe into threats of political violence against members of Congress.
Christopher Dorr, the president of the far-right gun rights group, casually revealed these bombshell details in an otherwise generic fundraising email to supporters.

“They interviewed my neighbors and then called my wife on the phone, demanding to speak to me under the guise of a criminal investigation into ‘the Dorr Brothers’ and our fight for the Second Amendment in Congress and in state legislatures across America!” Dorr said in the email, which came with the subject line “Biden Sent the FBI to My Front Door.”

He said FBI agents told him they were looking into an anonymous complaint that AFA was sending emails to supporters encouraging violence against politicians in Washington, D.C., this summer while lawmakers were trying to pass gun safety legislation.

“‘Anonymous complaints. Political violence.’ Yeah, right,” Dorr’s email says. “The FBI’s real goal was obvious: to scare us into sitting out the 2022 midterm elections so that Michael Bloomberg could take a sledgehammer to our right to keep and bear arms.”

Here’s a screenshot of the email:

Just as casually as Dorr shared he was under criminal investigation, he later said the FBI probe “has gone away, for now.”

“Our legal team in D.C. immediately got involved and dealt with the situation,” he said.

HuffPost reached out to the FBI and AFA to confirm whether the group is or was actually under criminal investigation. Neither immediately responded.

What is clear from Dorr’s rhetoric and attacks on the FBI is that he wants AFA supporters to see him in lockstep with former President Donald Trump, who routinely makes false claims that he and his supporters are being persecuted for political versus legitimate reasons.

“It’s no surprise,” Dorr continued in the email, referring to the FBI investigating him. “In his speech last week, our demented Resident-in-Chief said that MAGA Republicans and gun owners like you and me are ‘extremists’ and said that we’re ‘enemies of the state!’”

“This is evil stuff,” he added. “The weaponization of a nation’s law enforcement agencies to harass, intimidate, and even falsely incarcerate political opponents is a tell-tale sign of a nation sliding into anarchy ― and you and I are seeing this happening in real time.”

What Dorr didn’t mention, assuming his claims are accurate at all, is that the FBI certainly has a case to make for investigating AFA given the dangerous language it’s used in its recent fundraising emails. It’s been happening in plain sight.

In June, the AFA sent an email to supporters urging them to prepare for “battle” at the U.S. Capitol as lawmakers expedited efforts to pass bipartisan gun safety legislation. Dorr’s warnings in that email echo the statements made by Trump on Jan. 6, 2021, when he whipped up his supporters at a rally to storm the Capitol to stop Congress from certifying Joe Biden as president. That led to a violent insurrection.

“They’re coming after us right now,” Dorr wrote in the June email. “Our federal legislative team believes that because of the enormity of the battle this week in DC, there will be thousands or even tens of thousands of Bloomberg-funded, red shirt radical, commie mommies all over the Capitol complex.”

“This is their Super Bowl,” he added. “You and I should be looking at this battle in exactly the same way.”

Like Trump, Dorr also didn’t waste an opportunity to use overheated rhetoric and attacks on federal law enforcement to ask for money.

“We must stand up against this madman and the entire Radical Left before it’s too late! Help us do that; make a donation TODAY!” concludes the email, with links to give him money.

“P.S. If you’ve yet to join or renew your membership with AFA for 2022, get it done today (includes free t-shirt)!”