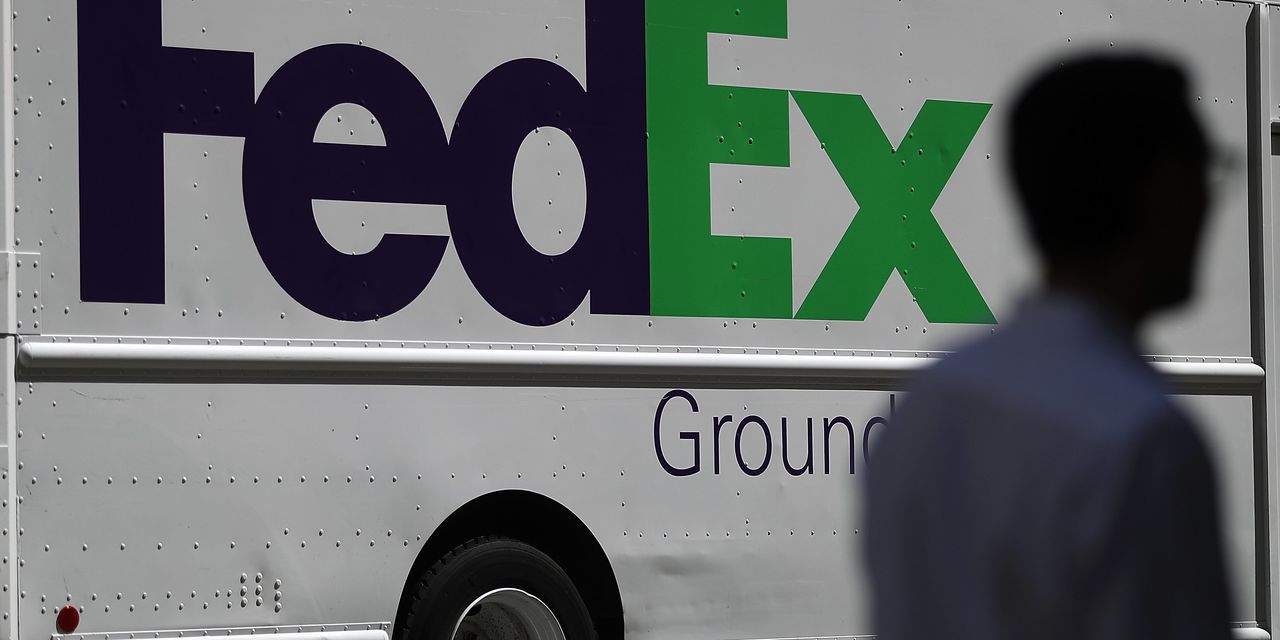 Analysts will likely be trying to figure out how much of the bad news — which FedEx
FDX,
+1.17%
attributed to “significantly” weakening macro trends in the U.S. and internationally — is specific to the company, its industry and the economy. They’ll also be trying to gauge whether the plans to shrink expenses are new or already pre-planned.

“I think I’d be looking for insight into what changed since June, that they didn’t see the volume trends deteriorating as rapidly as they did, with such significant lost operating leverage,” Morningstar analyst Matthew Young told MarketWatch.

He added later: “I think the second piece of that would be insight into how much of this volume weakness is a continued normalization of historically high [business to consumer] package demand vs. a material deterioration in the macro backdrop for global trade.”

The full results and conference call will follow some two years of a surge in demand for packages, after the pandemic lifted demand for goods and FedEx’s margins. They’ll also follow broader struggles to grow profit and margins at its Ground and Express units, a recent Bloomberg commentary noted.

Here’s what to expect:

Earnings: FedEx on Thursday reported preliminary fiscal first-quarter adjusted earnings of $3.44 per share. That was well below the $5.14 expected from analysts polled by FactSet.

The earnings-per-share figure was also below the $5.16 from Estimize, a platform that collects those estimates from Wall Street analysts, fund managers, executives and other researchers.

What else to expect: In particular, FedEx said its Express business — which offers expedited shipping to any U.S. address and service on air and ground to dozens of nations — suffered from “macroeconomic weakness in Asia and service challenges in Europe,” leading to a roughly $500 millions sales shortfall in the unit, compared to FedEx’s own forecasts. Sales in FedEx’s Ground business, whose trucks deliver packages between businesses and residences in the U.S. and Canada, were also around $300 million below company forecasts.

Analysts seem likely to spend the duration of FedEx’s call dissecting what went wrong, and where, and looking for more detail on its cost-cutting plans. There may also be questions about its ability to read the current demand backdrop as well as its own costs.

“As we all know, FedEx is no ordinary economic actor, as its business literally touches every corner of the global economy,” Sheraz Mian, director of research at Zacks, said in a report on Friday. “The shortfall in FedEx Ground, the unit that is tied closely to e-commerce deliveries in the U.S., has read-through implications for the U.S. consumer and operators in the digital economy. This is significant since the next few months of the year include the holiday shopping season.”

“As unsettling as FedEx’s bombshell is for our reading of the macro picture, we shouldn’t lose sight of the company’s operational and management challenges,” he continued.

But he said that FedEx’s withdrawal of its outlook was “more a comment on their grasp of the ground reality than the fast-shifting macro landscape.” Young, in a research note, also said the specifics of FedEx’s remarks about “service challenges” in Europe “aren’t quite clear to us.”

Elsewhere, Stephens analyst Jack Atkins, in a note on Friday, said he sensed that FedEx’s plans to shrink costs were “incremental” to a three-year plan FedEx outlined at its analyst day at the end of June.

“We look for FedEx to quantify the expected savings from these actions on its earnings call next week, as well as outline plans to pull forward additional cost actions that it planed to take over the next few years,” he said.

FedEx’s ground business also recently stopped working with contract delivery drivers overseen by contractor Sepncer Patton, who has said many of those contractors are hurting financially, as e-commerce demand cools off and labor and fuel costs rise, according to FreightWaves. That decision arrived shortly after FedEx sued Patton’s consulting firm over those allegations, the outlet said. Patton, whose drivers handle more than 200 routes in 10 states for FedEx, had been asking for more pay per mile and per stop on some routes, according to Bloomberg.

Wolfe research said more clarity from management during the earnings call could move the stock higher, provided Wall Street gets a view of the bottom.

“We think valuation will move higher if we can gain confidence we’re at trough,” they said. “We also think the magnitude of the miss should reinvigorate the case for material change, with so much to clearly fix.”