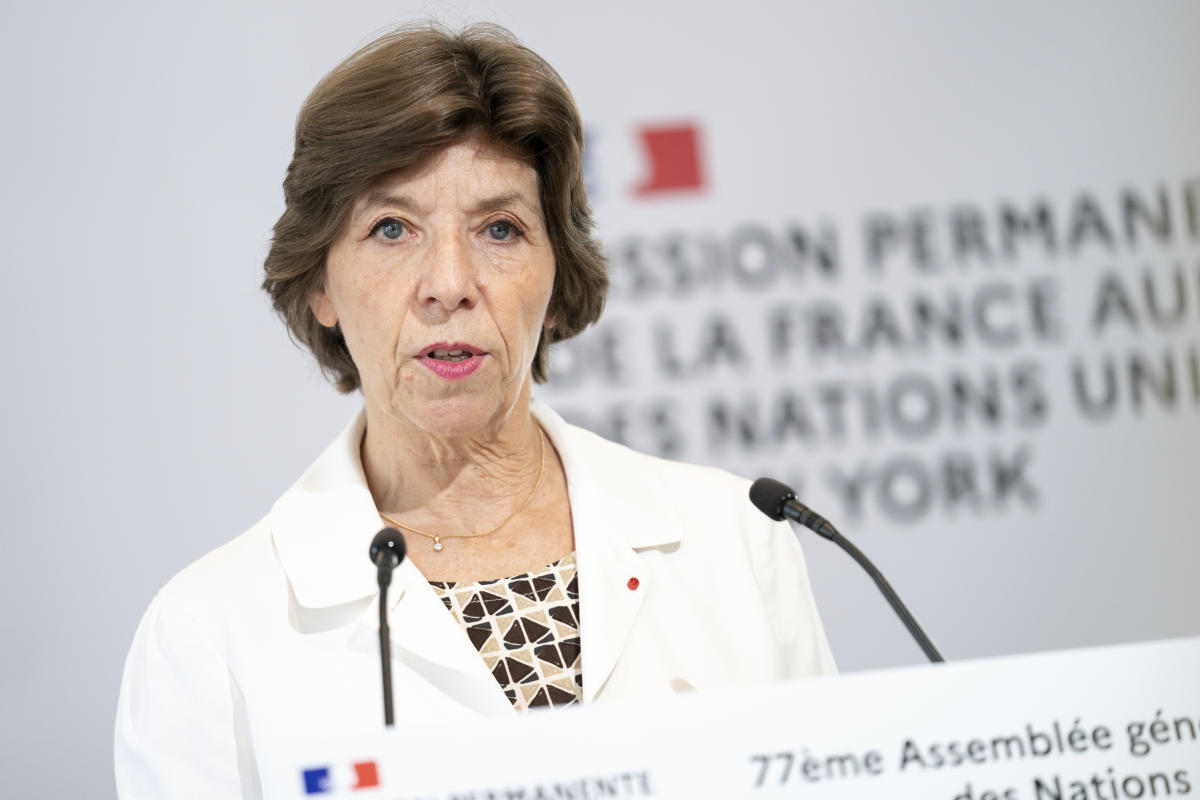 UNITED. NATIONS (AP) — France’s foreign minister is urging Iran to take the last offer on the table to revive the 2015 nuclear deal with the United States and key powers, saying the window of opportunity “is about to close.”

In a wide-ranging press conference on the sidelines of this week’s gathering of world leaders at the U.N. General Assembly, Catherine Colonna also accused Russia of waging unjustified aggression against Ukraine “in a very brutal way” with shelling of civilian targets, violent acts, “rapes, torture and forced liquidation.”

“All of these are war crimes,” she said.

Colonna said France will be convening a meeting Wednesday with U.N. nuclear chief Rafael Grossi on the precarious state of the Zaporizhzhia nuclear plant in southeastern Ukraine. plant, Europe’s largest, is occupied by Russia.

She said she spoke to Russian Foreign Minister Sergey Lavrov Monday morning on the need for Ukraine, Russia, and all countries in the world “to avoid a nuclear catastrophe.”

She said Lavrov seemed to be “open to listening to some detailed proposal” by Grossi who has called for a “nuclear safety and security protection zone” around the Zaporizhzhia plant.

Colonna also called on China to stop its “very aggressive” behavior toward Taiwan. She stressed that “the status quo must not be questioned by China and not by using means that are not peaceful.”