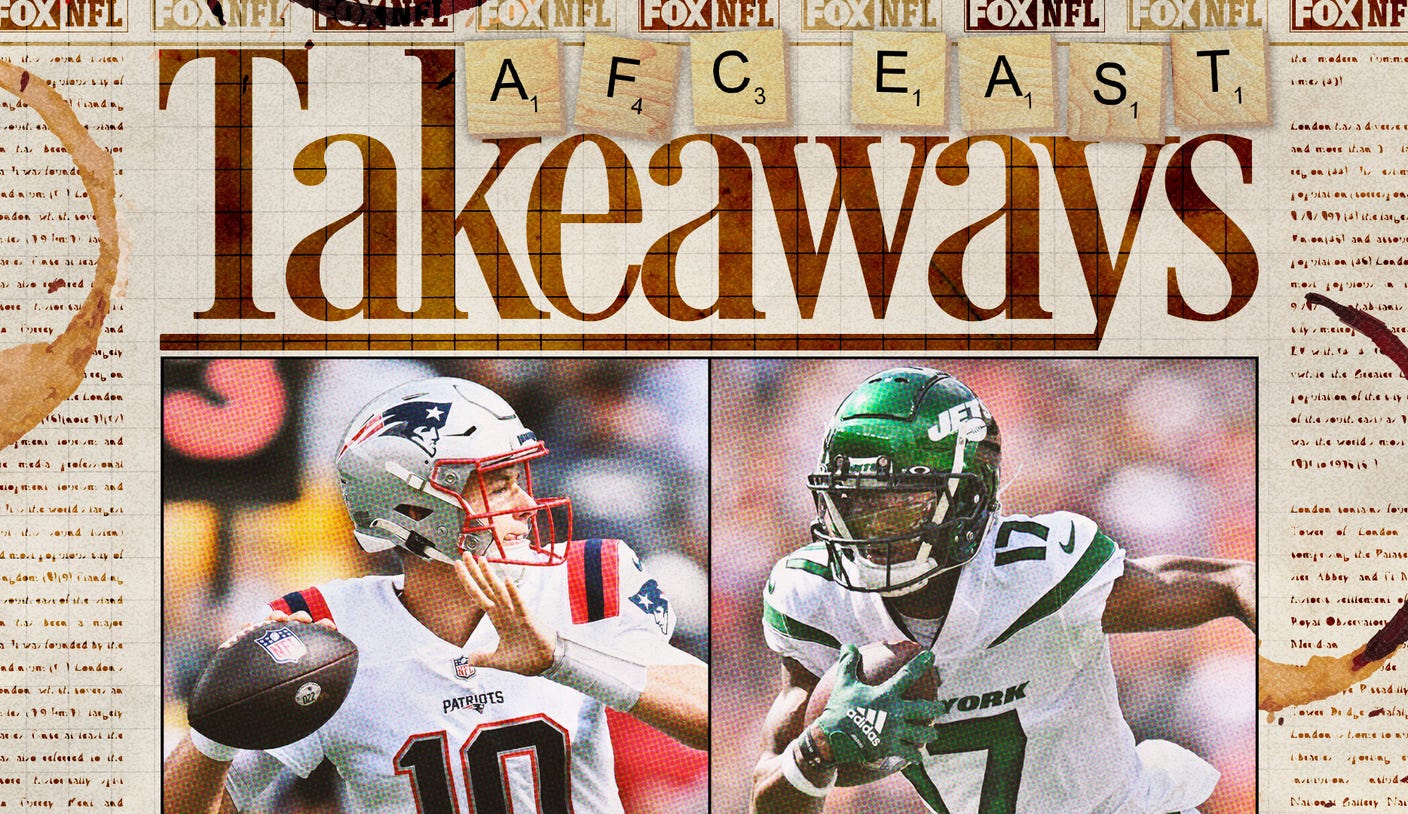 The New England Patriots played ugly football to beat the Pittsburgh Steelers. For the foreseeable future, Bill Belichick’s team will likely maintain that unattractive style of play. That was probably the plan all along to start in 2022.

The thing about trying to win ugly (with good defense and conservative offense) is that if you lose, it looks abominable — not unlike what happened to the Patriots against the Miami Dolphins in Week 1. But in Week 2, the Patriots played their way through the Pittsbugh Steelers with a 17-14 win. New England’s defense led the way, with a performance so dominant that Steelers fans began chanting for rookie Kenny Pickett. But he did not replace Mitchell Trubisky, who finished 21 of 33 for 168 yards, one touchdown and an interception.

Because Pittsburgh’s offense is unimpressive, the Belichick-led defensive performance wasn’t some sort of crowning jewel. It was notable, however, because it was defensive play-caller Steve Belichick’s defense — not Bill’s. Bill spent most of the game attending to his offense. The Patriots might survive the beginning of the season by relying upon their defense, but eventually, the offense will have to start performing at a higher level. Perhaps that’s why Bill Belichick was so heavily involved in Week 2. He had his back turned to the defense when it was on the field — something he almost never does — and instead focused on coaching the offense between drives. He was, by all intents and purposes, an offensive coach for the day. You don’t see that often with Bill Belichick.

With the head coach’s help, New England’s offense looked competent enough. Behind quarterback Mac Jones and playcaller Matt Patricia, the Patriots scored a pair of touchdowns and their offensive line looked revitalized, elevating its play to a different level. Rookie guard Cole Strange, in particular, looked like the team’s best offensive lineman in containing Cam Heyward. Tackle Trent Brown made fewer costly mistakes after being in the area for a pair of sacks last week. Brown allowed just two pressures, including one quarterback hit.

So what was the weakest link? Well, it was actually Jones.

Jones was not making sound decisions. He looked like he was pressing for a big play, and threw one interception — and a few almost-interceptions.

In the first half, the Patriots designed a tight-end bubble screen to get the ball to Jonnu Smith, who finished the day with zero catches on four targets. Steelers defensive end DeMarvin Leal nearly intercepted it. That play was a disaster from the start. Jones should have turfed the ball and the coaching staff should have designed it differently. In the third quarter, Jones was lucky to see Tre Norwood drop an interception on a pass that Jones had no business throwing.

And then there was the matter of play-clock management. Jones took a delay of game penalty on a third down and generally looked rushed to make pre-snap adjustments at the line of scrimmage. If the Patriots are going to rely on Jones’ football acumen, one of his biggest assets as a passer, then they need to give him time to read and adjust to the defense before the snap.

On the interception, Jones threw to DeVante Parker, who has caught one of his four targets for nine yards on 109 offensive snaps for New England this season. Jones has been intercepted twice on throws intended for Parker. This target was simply a terrible idea, with Jones throwing deep downfield to a spot where Steelers safety Minkah Fitzpatrick could field the ball easier than his own receiver could.

“The one interception wasn’t good by me. But I’ll get that cleaned up and make sure we see it all the way through,” Jones said postgame.

Even Jones’ touchdown to Nelson Agholor — a tremendous effort from the receiver — was not exactly an advisable throw. Jones tossed up a 50-50 ball to Agholor along the sideline and the receiver snatched it away from his defender and ran in for a touchdown. But it wasn’t truly a 50-50 ball in that Jones had a 26.2% chance of completing the pass, according to ESPN Stats and Info.

Luckily for Jones, Agholor put up his best performance as a Patriot. And luckily for Jones, the Patriots rushing attack marched through the Steelers defense and helped the team overcome his shortcomings. Through the first two games, the arrow isn’t pointing up in the way that New England would have hoped with him. But as Patricia gets more comfortable leading the offense — and his command of formation usage and play-calling looked improved in Week 2 — perhaps Jones will benefit.

The Jets and Joe Flacco made a concerted effort to get rookie receiver Garrett Wilson the football with an absurd 14 targets. The results were excellent: eight catches, 102 yards and two touchdowns. Wilson played an integral role in the team getting 14 points in an insane 2-minute span to beat the Cleveland Browns, 31-30.

“The sky is the limit,” Jets coach Robert Saled said of Wilson postgame. “He’s going to be a stud for a long time.”

Most of Wilson’s incomplete targets were misses from Flacco, who was inaccurate, often throwing uncatchable balls. Wilson did have one glaring mistake: a drop on third-and-4 in the fourth quarter. Saleh brushed that off as a learning experience. Flacco threw his support behind Wilson.

“I’m really happy for him, and a lot of the guys on our team. We’ve known that the lights aren’t too big for him, that he has already grown up and is capable of playing in this league,” Flacco said postgame.

Wilson managed the team’s game-winning touchdown on third-and-10 with 22 seconds left on the board. Flacco explained that, upon seeing the safeties were playing soft and there would be a hole in the middle of the defense, he decided to throw the ball to Wilson before the snap — no matter what.

“We were trying to call a couple things to get in that hole behind the linebacker. This just gets you there pretty fast,” Flacco said. “If I had to manipulate that backer a little bit and come down onto the short guy, then I was going to do it. I was going to find some little window there to hit him.

It was notable that Wilson’s heavy usage coincided with an uptick in touches for Breece Hall. He was RB2 behind Michael Carter in Week 1. New York has begun working Hall into the rotation for more work. When it came to snaps, Carter continued to lead with 43 to Hall’s 19. Hall and Carter got an equal number of carries (7), but Hall looked significantly better between the tackles with 50 yards to Carter’s 23. Carter remained a third-down threat with five catches for 27 yards, but that also seemed to set up Hall for a surprise play in the passing game. He had a 10-yard touchdown catch when the Browns appeared to forget he was there.

“It was a blessing for sure,” Hall said. “Coach Embry (the Jets’ running backs coach) always says that sometimes the defense will leave you open, and you won’t believe that you are that wide open. So, I got out there and I was open.”

Miami might be for real. But we’re not sure yet. The Dolphins beat the Patriots in a dominant but low-scoring affair in Week 1. Then Miami came back against the Baltimore Ravens in a shootout in Week 2. The Dolphins have won in two different ways and they’ve done it against seemingly legitimate opponents —- though I’ll admit the jury is still out on New England and Baltimore.

Let’s give the Dolphins a test, shall we? The Bills certainly qualify.

Is Tua the real deal after leading Dolphins to 21-point comeback win?

Tua Tagovailoa lead the Miami Dolphins to a shocking 21-point comeback win against the Baltimore Ravens in Week 2. However, Colin Cowherd is not hopping on the Tua train yet. Hear why he is not sold on the QB just yet.

Buffalo is one of the NFL’s best teams and even if it falters against the Titans on Monday Night Football, the Bills will remain atop power rankings because of their incredible talent from top to bottom. It would be impressive, however, if the Dolphins could steal away a win from the Bills in Miami.

That will be one of the most interesting games of the week.