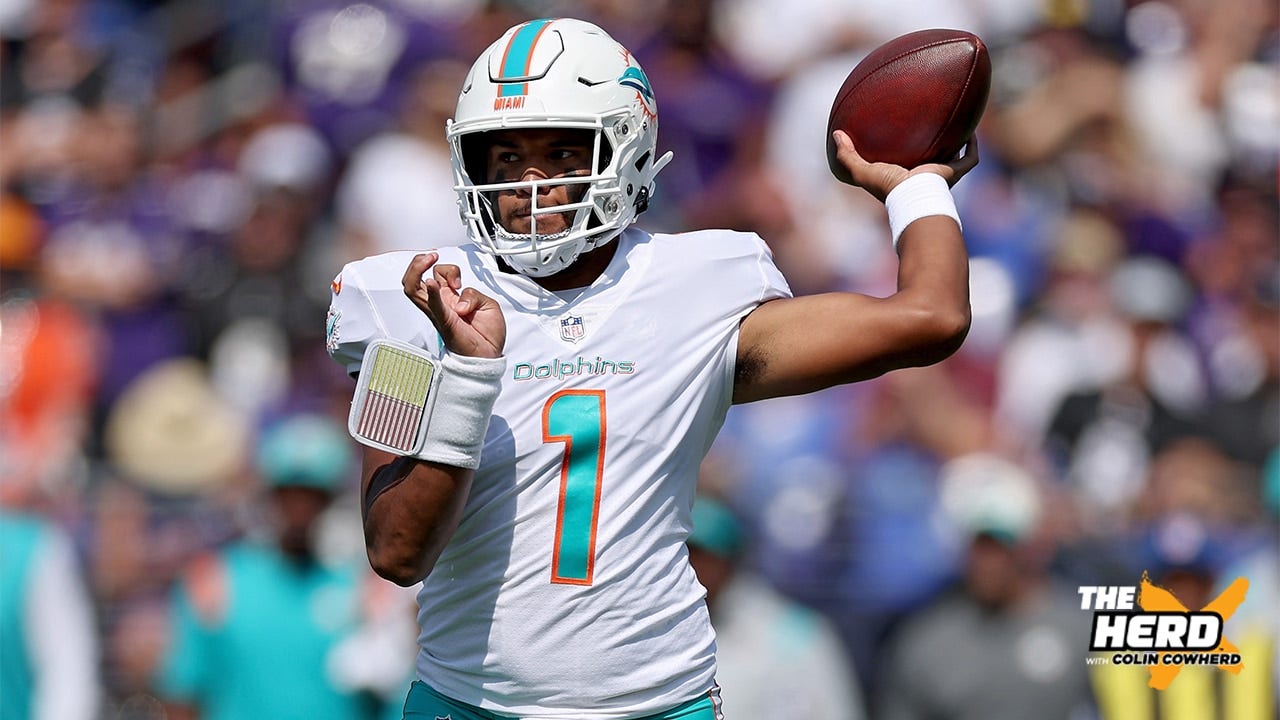 Tua Tagovailoa lead the Miami Dolphins to a shocking 21-point comeback win against the Baltimore Ravens in Week 2. Tua threw for 469 yards and six touchdowns, including two to both Tyreek Hill and Jaylen Waddle. The WRs became the first pair of teammates to to both have over 150 receiving yards, 10 catches and two touchdowns in the same game. However, Colin Cowherd is not hopping on the Tua train yet. Hear why he is not sold on the QB just yet.