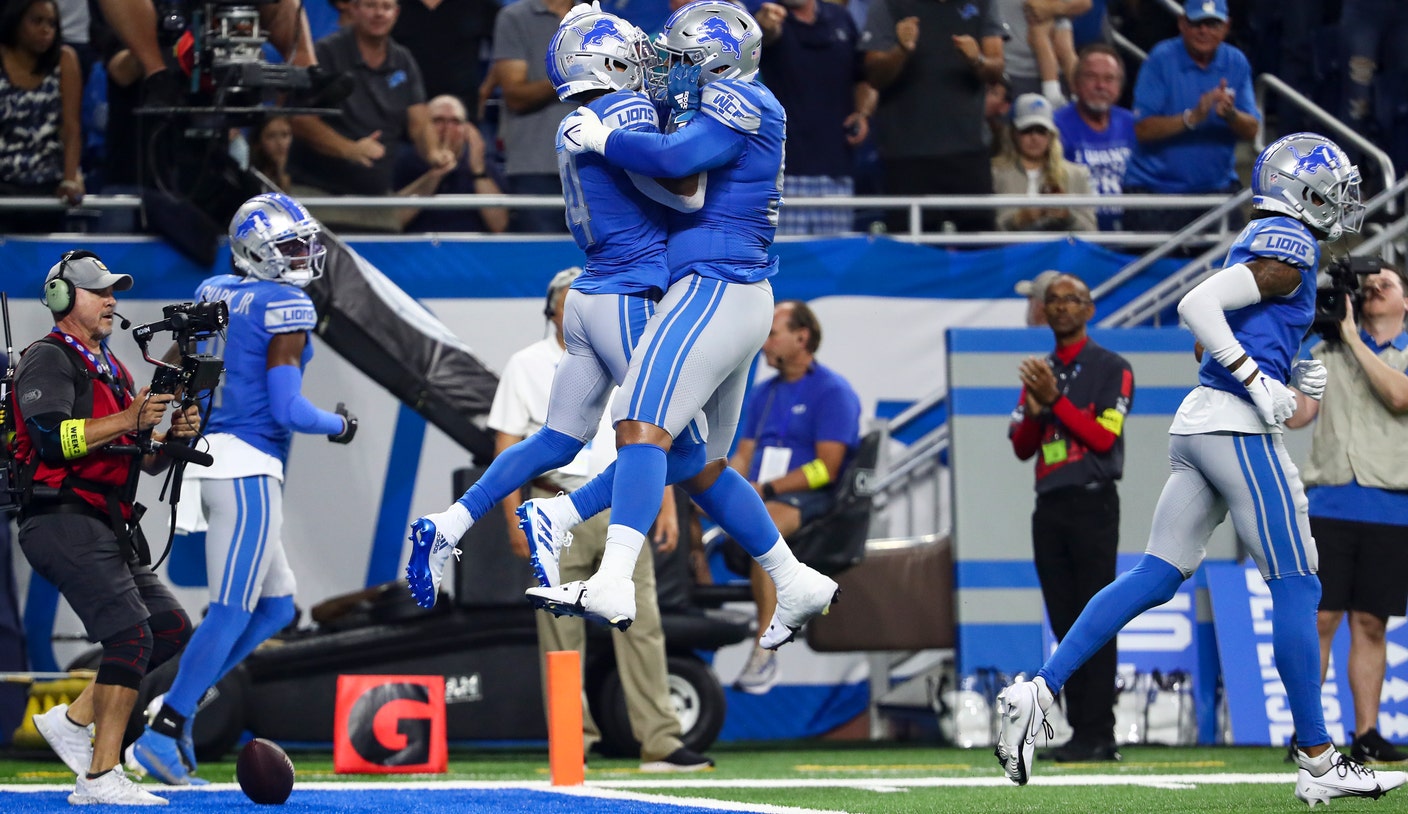 After their first win of the season, the Detroit Lions might (justifiably) be buying into what head coach Dan Campbell has been selling.

The Lions played the NFC East-favorite Philadelphia Eagles to the whistle in Week 1, taking a moral victory with them in the process. But in Week 2, they took an actual victory at home, playing another NFC East opponent in a game that, quite frankly, they should win.

And while expectations are low for the Washington Commanders this season, ask any Lions fan: winning the games they’re supposed to win has been anything but a given.

“I think it’s validation that we’re headed in the right direction,” Campbell said on Monday following the win. “These guys believe and they’re doing what we’re asking them to do and it’s paying off.”

It didn’t look that way to start, for the record. Though the Lions scored the first points of the game, it was through a seven-play, 63-yard drive that ended in just a field goal against a Chase Young-less Commanders defense. Two Washington drives later though, the belief we saw from players and coaches on Hard Knocks finally became tangible to those watching at home.

Not only did defensive lineman Charles Harris register a strip sack on quarterback Carson Wentz that resulted in a safety — which would have been enough of a catalyst for most teams to get the juices flowing — the Lions’ offense then followed suit. Quarterback Jared Goff led the first of four touchdown drives in the extra possession, giving Detroit a 12-0 lead on a 13-yard pass to wide receiver Amon-Ra St. Brown in the first quarter. That’s about all you can ask for out of both phases of the ball.

Detroit Lions QB Jared Goff throws for four touchdowns and over 250 yards in the Lions’ 36-27 victory over the Washington Commanders.

And that’s exactly what you want to see out of your offensive weapons, who, by the way, came into this season with little renown. St. Brown didn’t just have a good performance for a Lions receiver, he had a great performance among all receivers in Week 2.

St. Brown had nine total receptions for 116 yards and added 68 rushing yards on top of that. He scored two touchdowns. He’s now the third player all-time under 23 years old to record a touchdown reception in at least six consecutive games, putting him in the company of Randy Moss and Rob Gronkowski.

He’s been carrying the load for Detroit dating back to last season. He’s also just the third player in NFL history to record at least eight catches in eight consecutive games.

Not every team has one semi-secret weapon. The Lions have two — and it makes their offense multi-dimensional. Running back D’Andre Swift came into the game with a ‘questionable’ designation because of an ankle injury and proceeded to carry the ball five times for 56 yards and catch two passes for 31 yards and a touchdown.

You don’t play hurt like that if you don’t have some belief in your team and what you’re doing.

“Anytime your running back is a guy who can do both, is an explosive athlete that can hurt you in the run and in the pass game, that’s trouble for a defense and it gives you a lot of flexibility offensively,” said Campbell. “And then on top of that, (Lions WR Amon-Ra St. Brown) Saint’s got the ability to play a little bit of that in the backfield, which we haven’t even really tapped into just yet. So, there’s a number of things we’ll be able to do, but those two guys are pretty dynamic players for us.”

They did all that with limitations on their offensive line, too. Center Frank Ragnow was out. So was guard Jonah Jackson. Detroit had Dan Skipper, a six-year veteran, make his first career start and get a hero’s welcome in the locker room after the game. And while it was a feel-good story, it was also proof the Lions can handle adversity.

Speaking of adversity, after first-round pick Aidan Hutchinson got off to a slow start in Week 1 in which he overshot his blocks and lacked the overall control you’d want to see out of a premier pass rusher, he came back in Week 2 to a three-sack performance on Commanders quarterback Carson Wentz. Both Harris and John Cominsky got in on the sack action, too.

So if you’re taking stock, that’s a multidimensional offense with multiple weapons, an evolving defense with a bright young star you can build around — and it’s all led by a guy who has enough confidence for all 53 guys on his roster.

Don’t look now but the Lions aren’t going to be ‘the Lions’ this year, and it might just be time we all start believing in them, too.

Carmen Vitali covers the NFC North for FOX Sports. Carmen had previous stops with The Draft Network and the Tampa Bay Buccaneers. She spent six seasons with the Bucs, including 2020, which added the title of Super Bowl Champion (and boat-parade participant) to her résumé. You can follow Carmen on Twitter at @CarmieV.