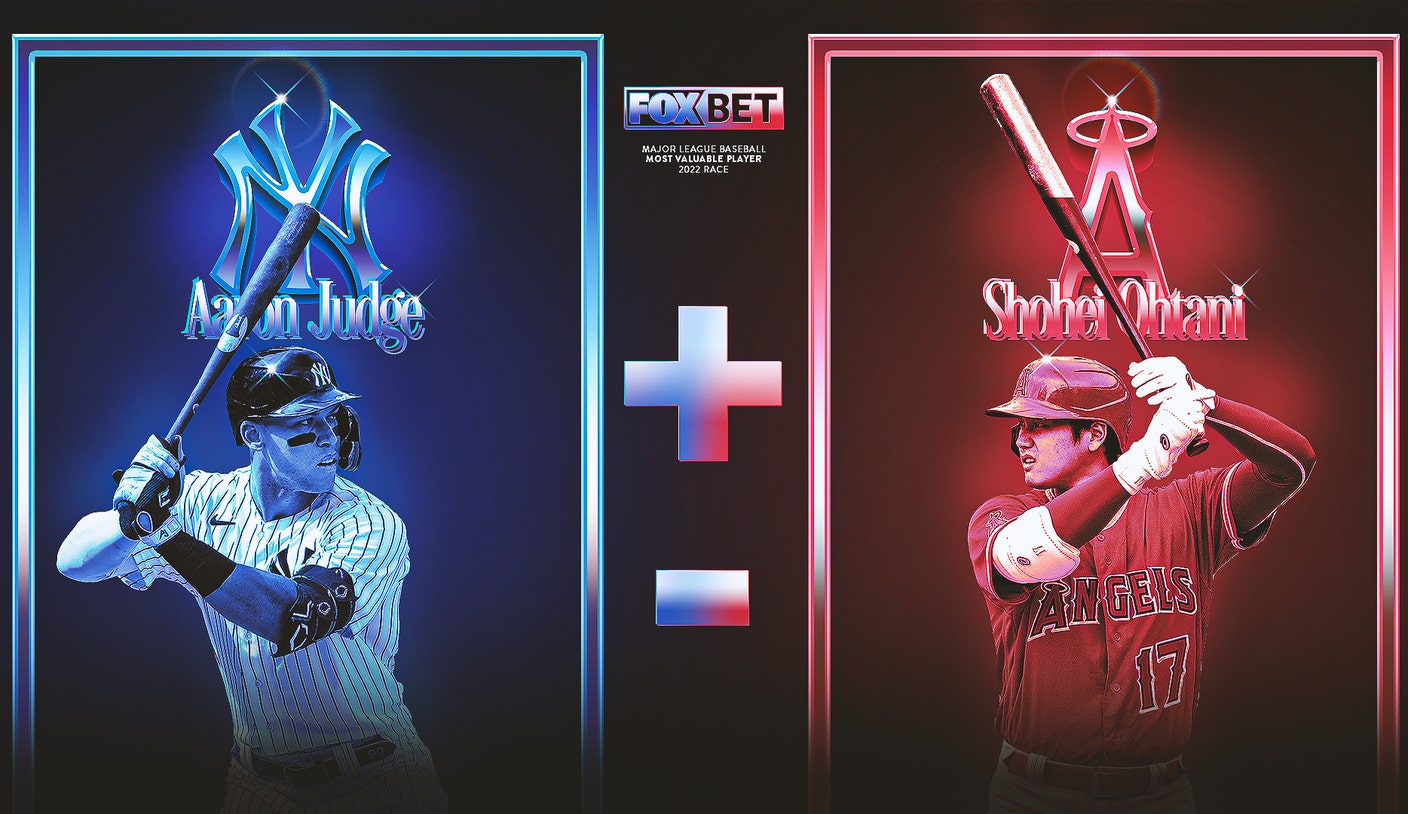 Welcome back, Class! Of all the MVP races we’ve seen in the history of MLB, this one between Aaron Judge and Shohei Ohtani seems to be more complicated than a teenager’s dating life.

Instead of comparing hitting resumes or one pitcher’s stellar numbers to a slugger’s performance, we have a hitter who could set American League home run records versus a two-way player who performs both things magnificently.

Judge began the season with longer AL MVP odds than Ohtani (+2000 vs. +350). That all changed on June 5, when Judge notched his 21st home run. At the same time, Ohtani was putting up more modest numbers at the plate and on the mound, all while his Angels lost their 10th straight game.

Since then, voters abandoned their priors and embraced Judge’s power. All the Yankees’ power-hitter has done so far is smash 59 home runs.

While the AL MVP odds have flip-flopped between the two throughout the season, Judge has now spent more time as the favorite and is on pace to pick up the hardware.

One reason is Judge’s home runs are being cranked at a time when bombs are tougher to come by. MLB hitters are smashing dingers this season at a rate of 0.74% per plate appearance, the lowest rate since 2015. Also, Judge leads second-place Kyle Schwarber of the Phillies on the home-run leaderboard by 20, so “All Rise” seems to be the only slugger unaffected by these suppressed conditions.

Another reason Judge is the foregone winner in many people’s eyes is the novelty of Ohtani might be wearing off. He won last season’s MVP award with an on-base percentage (OBP) of .372 and an expected fielding independent pitching (xFIP) of 3.55. While his xFIP this season has gone down by 0.92, his OBP has dropped by .016. His pitching has improved by quite a bit, but he’s not the same slugger as last season.

Statistics also back up this notion. As we’ve discussed in this space in the past, Wins Above Replacement (WAR) tends to be a strong predictor for MVP.

In FanGraphs WAR, when you combine Ohtani’s hitting and pitching numbers, Judge still leads by 1.2 wins. Even Baseball Reference, which discounts Judge’s talent more, still gives him the edge by 0.4 wins. However, many have rightfully argued WAR does not capture Ohtani’s true value to the Angels because the team only needs one roster spot where everyone else would need two, so that extra spot gives the Angels additional roster flexibility no one else has. A big point for Ohtani in this debate.

Still, it does seem to be an easier argument that Judge’s impact has meant more to the Yankees in terms of team results. New York is going for a bye in the postseason while the Angels are already looking ahead to next season. It also seems like Ohtani is looking ahead as well.

For instance, recently, the two-way phenom unveiled a new pitch – a sinker. While he’s only thrown it 2.8% of the time, logically, it would make sense for him to try something new now because the Angels are essentially out of postseason contention.

As for Judge, to set the American League home run record and cement his MVP honor, he will need three more home runs in 16 games. Looking at his upcoming schedule, seven games come against Boston and Toronto, who both rank in the bottom five in MLB in barrel rate allowed (reminder: barrel rate uses exit velocity and launch angle to determine the probability that contact will lead to a hit, so the higher your barrel rate, the likelier you are to get hits and sometimes home runs). Judge leads the league in barrel rate (25.6%) and leads second-place Yordan Alvarez of the Astros by 4.6 percentage points.

The opportunities are there for Judge to pad his home run total and break the AL home run record of 61 in the process. Once he does that, it will leave voters with a lasting impression that he deserves to be this year’s MVP, regardless of how Ohtani closes the season.

So if you are asking me from a betting perspective if Ohtani is worth a sprinkle to win the AL MVP, I’d tell you to save your money. Aaron Judge will be this year’s unprecedented MVP.

Edward Egros is a sports analytics broadcaster/writer, a sports betting analyst, a data scientist and an adjunct professor of statistics at Pepperdine University. These passions have led him to become a cold brew aficionado. Edward previously worked in local television, notably at the Fox affiliate in Dallas covering the Rangers, Cowboys and high school football.  Follow him on Twitter @EdWithSports.

Download the FOX Super 6 app for your chance to win thousands of dollars on the biggest sporting events each and every week! Just make your picks and you could win the grand prize. Download and play today!

Get more from Major League Baseball Follow your favorites to get information about games, news and more.