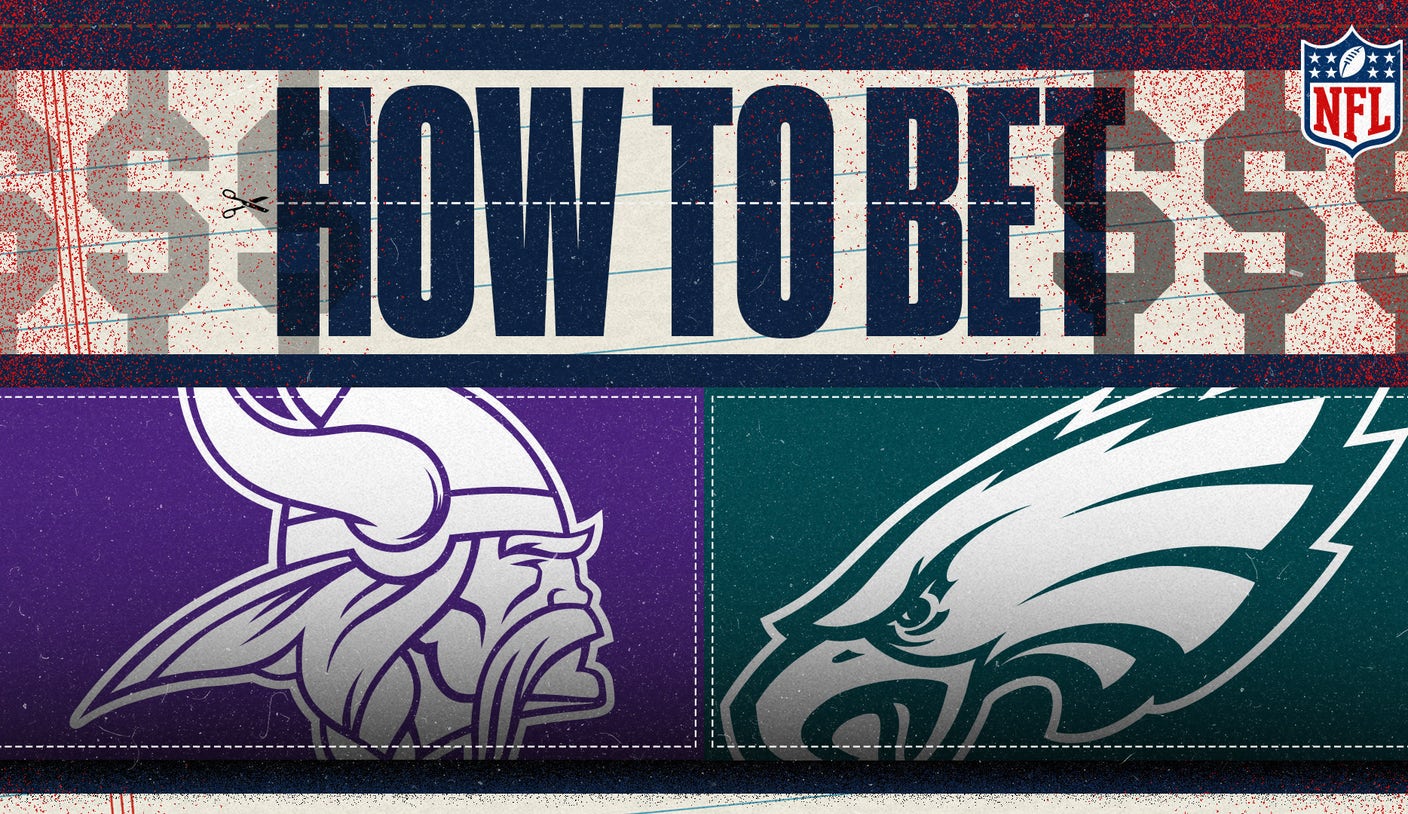 One of the NFL‘s most even rivalries will resume Monday night when the Minnesota Vikings play at the Philadelphia Eagles in a battle of 1-0 teams.

Here’s everything you need from a betting perspective on the Vikings-Eagles game, from the point spread, moneyline, total over/under and expert picks and analysis (odds via FOX Bet):

Minnesota took a big step in the NFC North Division with a 23-7 win over the Green Bay Packers. The Eagles held off the Detroit Lions 38-35 in a matchup of teams popular with long-shot Super Bowl bettors.

The Vikings are 4-1 ATS and 4-1 SU against the Eagles since 2010, with the under in the over/under (O/U) hitting in three of those games.

The Vikings are 8-5 ATS and 8-5 SU against NFC East Division opponents since 2015, with the over hitting in seven of those 13 games.

The Eagles are 6-8 ATS and 7-7 SU against NFC North opponents since 2015, with the over hitting in seven of those games with one push.

Two of the best offenses in football captained by two of the brightest young head coaches will share the spotlight Monday night in Philly.

I can’t wait for the firework show.

The point total has already risen from 48 to 51.5, and that probably keeps running as we get through the weekend. If you’re looking to bet the “Under,” you might as well wait. Either way, it would be silly not to expect offense with all the skill and speed that will be on display.

Minnesota is extremely appealing as a short-road underdog, but I want more points. Let’s throw the Vikings into a teaser with the Steelers and get both teams north of touchdown. You’ll appreciate the extra security.

The only problem was that they gave up +0.36 EPA/rush to the Lions. Philadelphia’s run defense also allowed 2.2 yards before contact per rush, which was fifth-worst in the league last week.

And here is a more astonishing fact: Against 11 personnel RB rushes, the Eagles’ run defense allowed:

All of these clearly ranked worst in the NFL in week 1.

What was odd was the Lions’ passing attack was not threatening whatsoever, as Jared Goff averaged just 5.8 YPA. The Eagles’ defense didn’t need to focus on stopping a passing attack with WR1 as Amon-Ra St. Brown and WR2 as DJ Chark.

There was no defense whatsoever, which was discussed as the most improved this offseason, like the Green Bay Packers. Some were suggesting this might finish as the No. 1 ranked defense in the NFL this year.

That was against the Packers.

Now, they’ll face the Eagles’ run defense, which ranked DEAD LAST against 11 personnel against the Lions in Week 1.

What’s more, the Vikings made a massive shift in philosophy this season to use more 11 personnel.

Look at the percentage of Vikings runs that came from 11 personnel in the first half of games:

No team shifted more toward using 11 personnel runs in Week 1.

And what is wild is if you remove 11 personnel runs and look at all other runs vs. the Eagles last year:

And now they will face a team that shifted more to running out of 11 personnel than any other team in the NFL.

And then there is the Eagles’ pass defense.

The Eagles got pressure on just 14.8% of early-down dropbacks, which ranked 30th in the NFL last week.

You had better get pressure on Kirk Cousins.

Here are last year’s splits for Cousins with and without pressure:

And then there is one final question on this side of the ball:

How do the Eagles allow Goff, who had a completion percentage over expectation (CPOE) of -11.0%, to score 35 points with zero defensive scores?

The Lions are not a big-play offense like the Vikings, as this is not an explosive downfield offense. And yet they still were able to sustain drives and move the ball down the field effectively.

Last year the Vikings played two rushing QBs – Lamar Jackson and Kyler Murray. Both QBs led their teams to 34 points. Murray only ran five times but averaged +0.13 EPA/carry and 6.2 YPC and added 1 TD on the ground. Jackson ran the ball 21 times and gained 120 rushing yards, recording +0.18 EPA/carry and 5.7 YPC with a 70% success rate.

In Week 1, Jalen Hurts ran the ball 17 times, gained +0.21 EPA/rush and 5.3 YPC. There is no doubt Hurts will look to run the ball when opportunities present themselves against the Vikings.

As it relates to Hurts and “what this offense is,” I will point this out in the game’s first three quarters:

The Eagles appeared to ease Hurts more into the Week 1 game considering he was out for several weeks.

In one of the more bizarre stats that leave you scratching your head, the Packers ranked second-best in the NFL in percentage of early-down plays which gained a first down.

While it looked like a dominant Vikings win, this game could have been massively different.

On the very first play of the game for the Packers, rookie Christian Watson dropped a walk-in touchdown bomb from Aaron Rodgers. The Packers went on to punt the ball on that drive.

On their third drive, they went 79 yards while being forced into third down only once but turned the ball over on downs at the Vikings’ 1-yard line.

On their first drive out of the half, the Packers fumbled on their own 44-yard line, which the Vikings turned into points.

Their second drive out of the half, they drove 75 yards without being forced into a third down at all and scored a touchdown from the Vikings’ 2-yard line.

But in their very next drive, they drove from their 25-yard line to the Vikings’ 18-yard line while reaching third down only twice, only to turn it over on downs once again.

The Vikings blitzed four times and were one of two teams to get pressure on 0% of their blitzes. Overall, the Vikings got pressure on just 29% of dropbacks (No. 21).

And they ranked 28th in pressure rate in the first three quarters of the game (22.7%).

This was against a Packers offensive line that was playing without multiple starters.

When Hurts was unpressured last week vs. the Lions, he ranked:

On the ground, here’s a wild stat favoring the Eagles’ run offense:

They were the only defense to rank bottom-five in both metrics.

And that was while facing a Packers offense without two OL starters and Sammy Watkins starting as WR1.

The Eagles’ offensive line is 100% healthy and has AJ Brown commanding the secondary’s full attention.

At anything less than 51 points, I’d be looking toward the over. The only fear is “prime-time” Kirk Cousins showing up.

PICK: Over 51 points (at time of pick at FOX Bet) total points scored between both teams combined

Are you ready for the NFL season? If so, head over to FOX Bet for all your wagers.

Download the FOX Super 6 app for your chance to win thousands of dollars on the biggest sporting events each and every week! Just make your picks and you could win the grand prize. Download and play today!