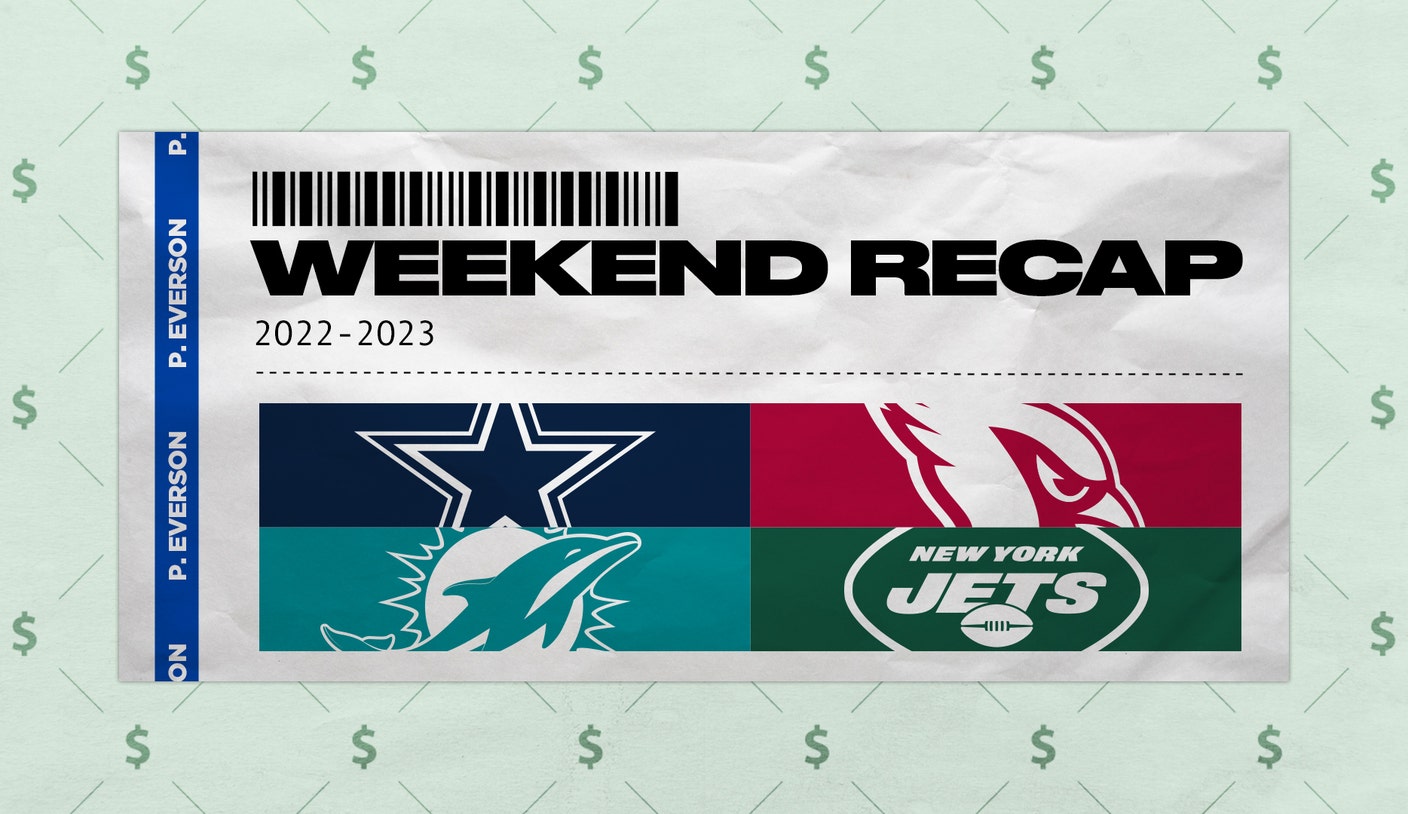 After a rough first week of NFL betting for the customers, hope sprang eternal for Week 2.

Then the Cowboys sprang an upset of the Bengals, and the Cardinals sprang an improbable comeback to beat the Raiders in overtime.

In a matter of about 20 minutes or so in real time, bookmakers went from fretting tons of liability running to the Packers on Sunday night to wiping out all of it and having another banner Sunday.

How good was it for the books this weekend?

I asked how big the Cowboys’ 20-17 win was since they were 7-point home underdogs and were without Dak Prescott. I was also curious about how the Cards’ win impacted books. Arizona got a thrilling 29-23 OT victory on a 59-yard scoop-and-score fumble return. BetMGM vice president of trading Jason Scott texted:

Pressed further on whether those two outcomes represented a seven-figure swing, Scott said:

“Yes, and the first number wasn’t a one.”

So for BetMGM alone, those two upsets led to a multimillion-dollar swing from bettors to the bookmakers.

How ‘bout them Cowboys — and Cardinals?

Adam Pullen, assistant director of trading for Caesars Sports, mirrored Scott’s comments in noting a hefty swing in favor of the book when Dallas beat Cincy on a 50-yard, final-seconds field goal. With the Cowboys sending out lightly regarded backup QB Cooper Rush, bettors felt compelled to add Cincy to their moneyline parlays, all but certain the Bengals would at least just win the game.

“Typically, it can be mistakenly taken as a shoo-in bet to win and something that can’t be overcome [by the underdog],” Pullen said. “Being in this business for a long time, we see backups win all the time. That game, in particular, had a lot of moneyline parlays on the Bengals.”

Then came the Byron Murphy Jr. fumble return for a touchdown. That gave Arizona a win in a game in which they trailed 23-7 well into the fourth quarter.

“The Cards didn’t look good in Week 1, so the Raiders love was there [from bettors]. And overall, what a game that was,” Pullen said. “All of the incredible plays by Kyler Murray, that 2-point conversion, and the fumble. It’s crazy to take into account how that came to be. Two huge swings that cemented a solid batch of late results.”

Sunday’s early NFL kickoffs saw a ridiculous comeback by Tua Tagovailoa and the Miami Dolphins and a stunning rally by the New York Jets, of all teams.

Miami, a 3.5-point underdog, trailed Baltimore 35-14 in the fourth quarter. All Tagovailoa did the rest of the way was throw four TD passes — the last with 14 seconds remaining — to secure a 42-38 victory. On the day, Tagovailoa went 36 of 50 for a whopping 469 yards and six touchdowns, offsetting two interceptions.

Meanwhile, the Jets trailed Cleveland 30-17 with 1:55 left in the fourth quarter after Browns running back Nick Chubb scooted in from 12 yards out. But Cleveland missed the extra point.

Then the unthinkable happened. New York, a 6.5-point road ‘dog, scored two TDs over those final two minutes and won outright 31-30. That missed PAT loomed huge for the Browns — and bettors (on the negative side) and bookies (on the positive side).

Over at Caesars, the social media team noted the improbability of Miami’s comeback. Caesars also noted that the Jets were +1600 in-game to pull off their rally.

Two of a Kind

Still, there was no question that for sportsbooks in Vegas and across the country, the Cowboys and Cardinals wins were what turned the day’s tide.

Murray and Arizona were hefty long shots in-game to make a fourth-quarter comeback.

The understatement of the year came from Vinny Magliulo, a peer of Andrews at the South Point as sportsbook director for Gaughan Gaming.

While looking over some stats behind the counter, Magliulo was asked how the book fared on the improbable upsets by the Cowboys and Cardinals.

Unless you were a bettor, of course. Onto Week 3 we go!

Patrick Everson is a sports betting analyst for FOX Sports and senior reporter for VegasInsider.com. He previously worked for Covers and is a distinguished journalist in the national sports betting space. He’s based in Las Vegas, where he enjoys golfing in 110-degree heat. Follow him on Twitter: @PatrickE_Vegas.