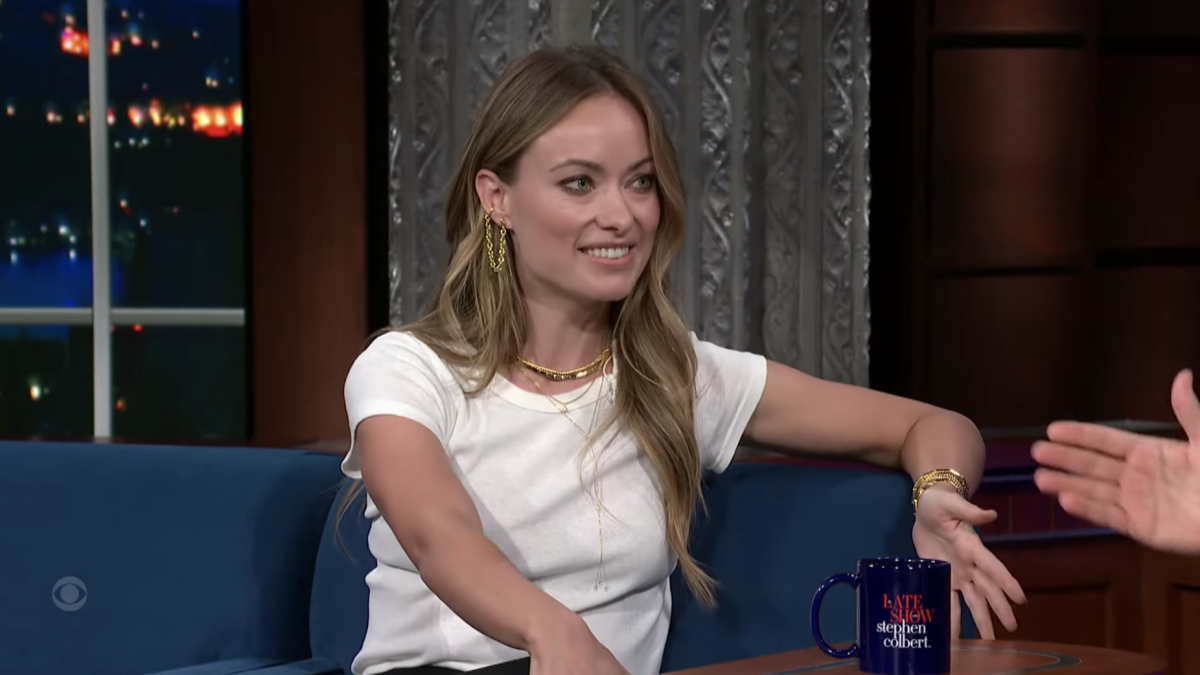 Olivia Wilde, director of mental suspense mystery Don’t Worry Darling, seemed on The Late Show with Stephen Colbert remaining night time, discussing what has arguably been the controversy of town for months: the antics and rumours surrounding the forged of the movie.

Colbert became to Wilde to invite her about stated rumors. As a refresher, the movie has been steeped in drama since its inception, together with manufacturing mishaps and questions of frosty relationships on set. Come its premiere in Venice, regardless that, issues truly began to get annoying – or so the internet thought. A video of Harry Styles allegedly spitting on his castmate, Chris Pine, went viral, with the incident temporarily being dubbed “spitgate”.

So naturally, Colbert needed to inquire about this sequence of odd occasions. Wilde’s reaction?

“It’s a perfect example of like – people will look for drama anywhere they can,” she stated, giggling. “Harry did not spit on Chris, in fact.”

After she’d cleared issues up, she made an important point: As a feminine director she’s been subjected to this line of wondering, and her film has been reworked right into a meme-ifed spectacle.

“I don’t feel like my male director colleagues are answering questions about their cast,” Wilde stated. The crowd cheered and Colbert agreed enthusiastically: “These are not questions that should be asked to a director”.

Of direction, the most important takeaway might be yet another confirmation that Spitgate is a fabrication. But the extra important factor, sitting on the crux of this saga, is strictly what Wilde defined. A feminine director must be given the danger to let her paintings stand, simply as it’s.