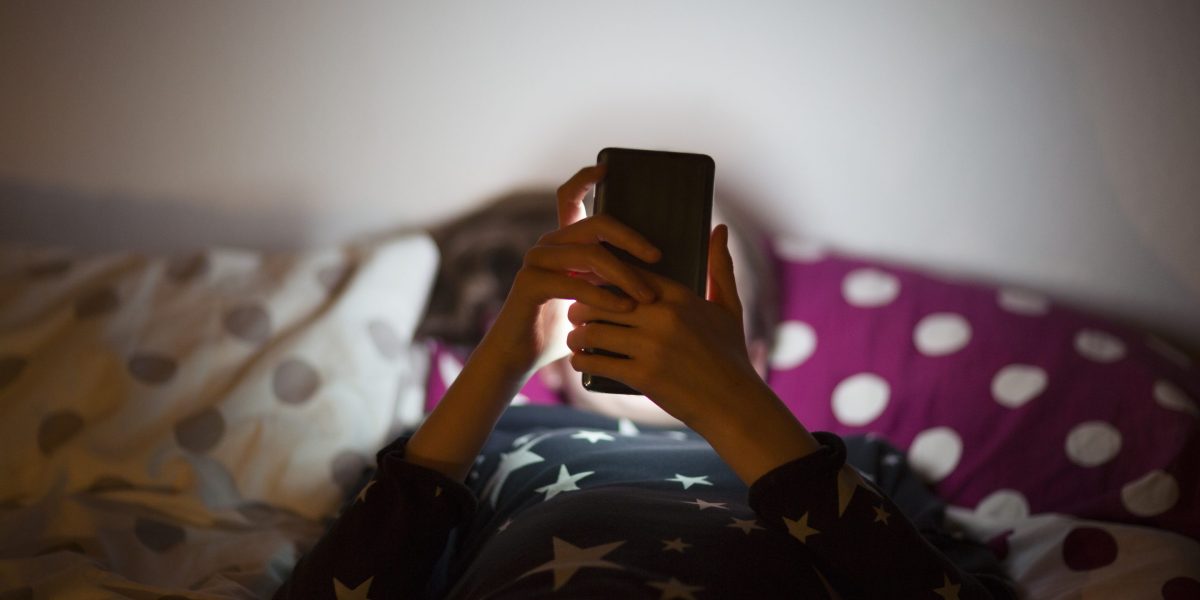 It’s hard for anyone to ignore the lure of a social media notification and research is showing the temptation is even stronger for adolescents. A new study by De Montfort University Leicester in England suggests that 12.5% of 10-year-olds are losing about one night of sleep per week because they’re waking themselves up in the middle of the night to check notifications.

The research, led by psychology lecturer Dr. John Shaw, involved 60 students, aged 10, from schools within Leicester. On average, the group got about 8.7 hours of sleep per night, which is less than the nine to 12 hours the Centers for Disease Control and Prevention recommends for school-aged children. The majority of the group also admitted to using social media for “more than four hours a day, with two-thirds saying they were using it in the hours before bedtime.”

“The fear of missing out, which is driven by social media, is directly affecting their sleep. They want to know what their friends are doing, and if you’re not online when something is happening, it means you’re not taking part in it,” Shaw shared at the British Science Festival last week. “And it can be a feedback loop. If you are anxious you are more likely to be on social media, you are more anxious as a result of that. And you’re looking at something, that’s stimulating and delaying sleep.”

During his session, Shaw also stressed the importance of establishing a sleep routine, which can include logging off your phone for an hour before bedtime and using a blue-light filter to protect your eyes.

Lack of adequate sleep can lead to physical health issues, such as Type 2 diabetes and obesity, as well as mental health problems and trouble focusing. The CDC recommends keeping electronic devices, such as laptops, phones and video games, outside of the bedroom. Furthermore, experts suggest maintaining regular bedtimes and wake-up times, even on the weekends; keeping bedrooms quiet and at a comfortable temperature; as well as modeling good sleep behaviors for children.