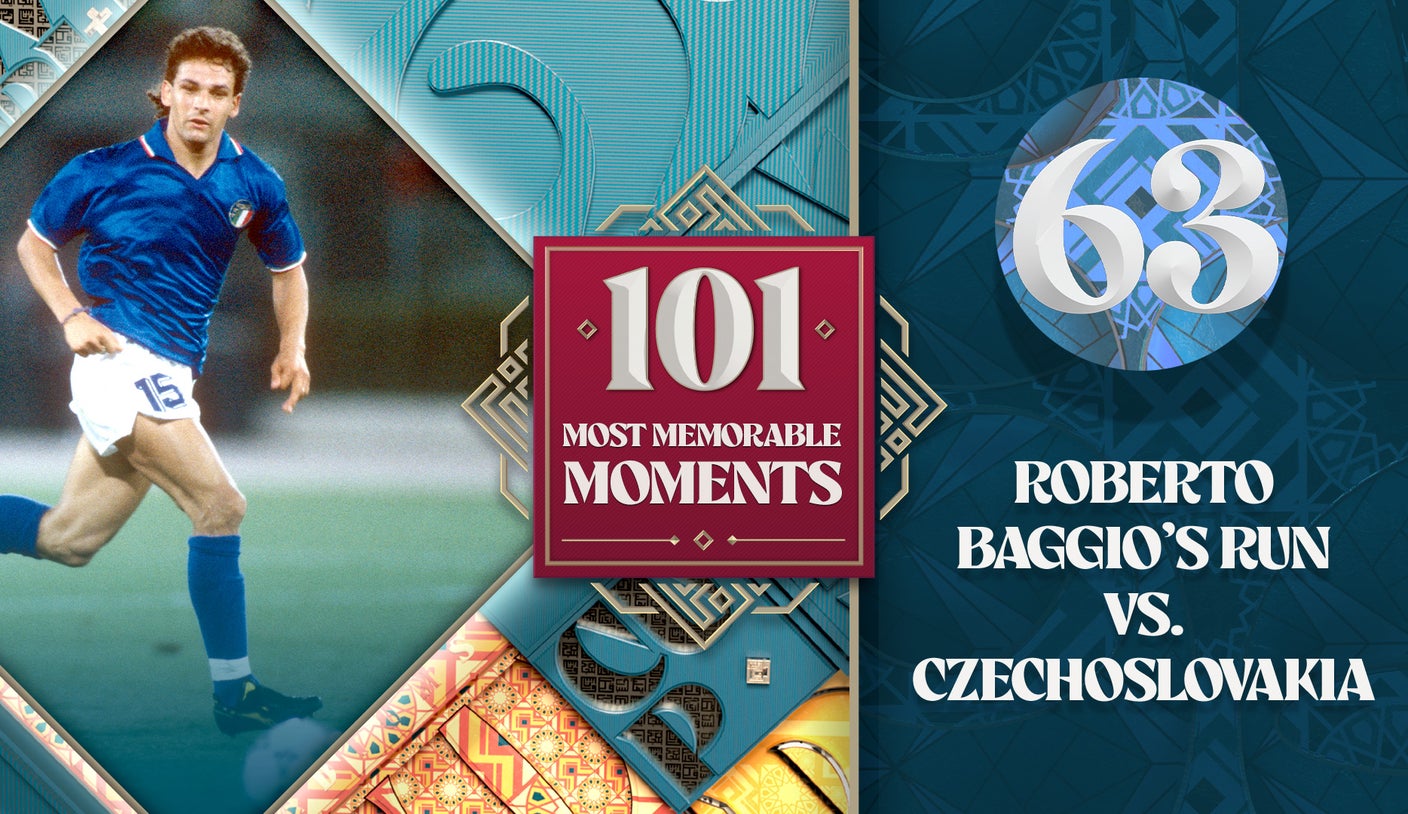 Editor’s note: Each day between now and the kickoff of the first match of the 2022 FIFA World Cup on Nov. 20, we’ll unveil a different memory from World Cup history. The countdown from 101 continues with Roberto Baggio’s solo goal at the 1990 World Cup.

It’s every player’s dream to score a goal at a World Cup.

But dribbling through an entire team to score on an incredible solo effort at a World Cup played on home soil? Nobody even thinks about doing that.

Yet that’s exactly what The Divine Ponytail — aka Azzurri forward Roberto Baggio — pulled off at Rome’s Stadio Olimpico against Czechoslovakia in Italy’s final group stage match at Italia 90.

Toto Schillaci gave the hosts a first half lead, but Baggio sealed the victory with his 78th minute masterpiece. After a quick give-and-go released him into space, Baggio split two defenders, shrugged off a tackle, then undressed center back Ernst Aigner before slotting the ball home. Italy went on to finish in third place, but that goal served as the wider world’s introduction to Baggio, who became a bona fide global superstar four years later at USA ‘94.

Baggio slaloms through the Czechs

Italy’s Baggio scored a beautiful goal by weaving through Czech defenders. Italy would go on to finish third in the 1990 World Cup.

One of the leading soccer journalists in North America, Doug McIntyre has covered United States men’s and women’s national teams at multiple FIFA World Cups. Before joining FOX Sports in 2021, he was a staff writer with ESPN and Yahoo Sports. Follow him on Twitter @ByDougMcIntyre.

Get more from FIFA World Cup 2022 Follow your favorites to get information about games, news and more.